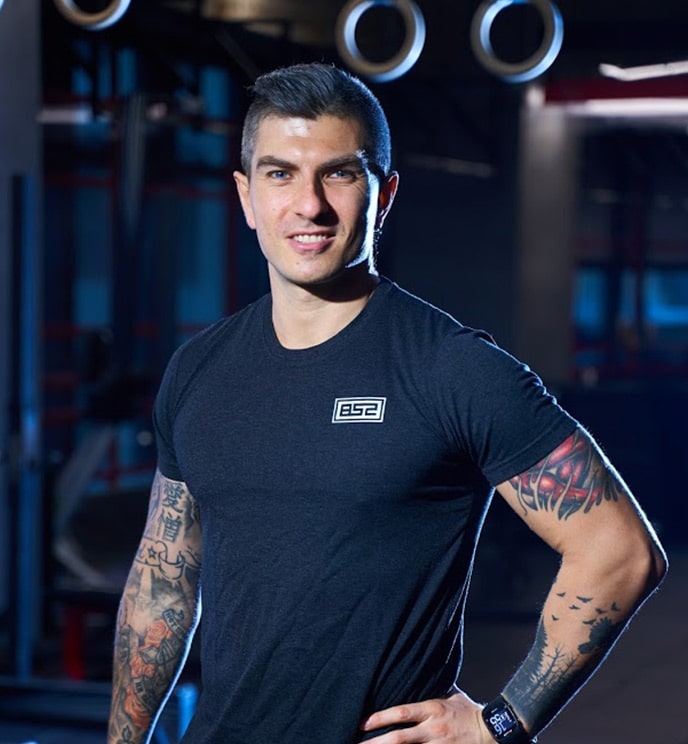 Alex was born in the Soviet Union. He has a master’s degree in Law but after almost a decade of pursuing a career in Law he suddenly realized that his true passion is Strength and Conditioning training. Before taking up CrossFit, Alex did boxing and tried to find the best training approach to enhance strength and endurance for martial arts, which led him to CrossFit. However, after discovering CrossFit in 2013 he so deeply fell in love and got obsessed with it, that he eventually gave up boxing and started preaching CrossFit among his friends and acquaintances. It didn’t take long before he had a flock of devoted disciples and had to quit a full-time job as a lawyer in order to be able to spend more time at the gym.
Throughout his career as a coach, apart from CrossFitters, he has coached competitive weightlifters, professional MMA and Brazilian Jiu-Jitsu fighters, and even curling players in different parts of the world.

He himself was coached by Russian Olympic medalists in weightlifting and is ready to reveal and share secrets of Soviet weightlifting.
In his free time, he plays the guitar and bass in punk-rock bands, rides motorcycles and reads books.

Pick your preferred class from below

Please be informed that our administration office hours are as follows:

Hence we apologize in advance for any delay of replies.

Pick your preferred class from below

Please be informed that our administration office hours are as follows:

Hence we apologize in advance for any delay of replies.